Today was the day that my students and I made a Mystery Skype call!

Our first call was a classroom from the USA Mr. Miller and his students from  Marshall IN. Matt is a great teacher who is also integrating technology within his language learning classrooms. His classroom was a lively bunch who was learning the Spanish language as a second language as well.

My students were excited and were ready to take on their roles. We had a couple of technology glitches but overall the call went very well. The sound from the other classroom was not clear but when we re started the sound came clear. My students who were in charge of technology problems, took on the issues ASAP.

My students who were in charge of mapping and keeping track of the mystery Skype location were very involved and worked closely with the Skype note takers and runners. Together they worked together to piece together the clues & location of the connected classroom.

During the Skype mystery call, the students were getting to know each other by the open ended questions. It was amazing to see both classrooms working together in the Spanish language, trying to figure out where they were calling from. You could tell that my students were quite proud of their language acquisition. They were making comments about how it was awesome that they understood their new classroom friends as well as how fluent they both were with each other.

It was neat to see how the Skype Mystery call goes smoothly when all has roles for the students have been pre-planned in regards to the interview & mapping, questions and answers and taking pictures of the Skype call.

The mystery Skype call was solved from the USA first. Once we figured out their location, the students began to get to know each other via questions while using the Spanish language. 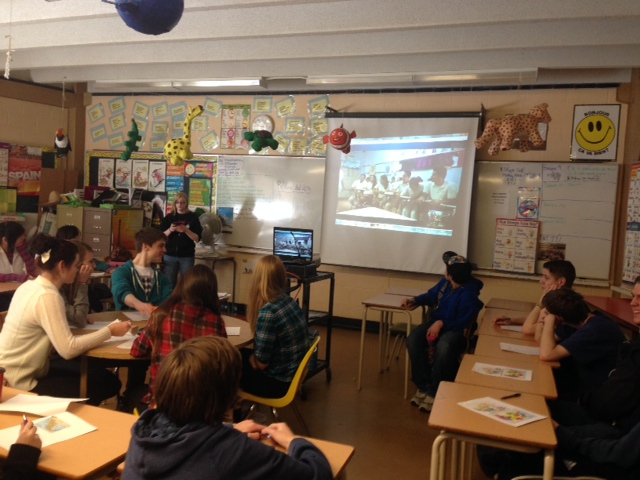 After the call, Post Activities included: a discussion / debrief about the Skype classroom call. Together we evaluated what worked and what didn’t work during the call.  The students who took the pictures had sent the photos to me and the note takers had handed in their notes from the call.

Each student wrote out a reflection about the Skype call and what they learned from it. Next year, my goal will be to make a classroom Blog for my Spanish classroom. The Blog would be a reflection blog on what each student has learned with technology n a language learning classroom

Overall it was a very positive experience for my students and we are looking forward to another call before final exams start. 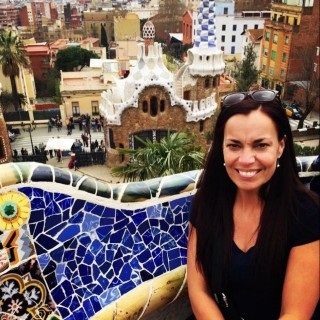 Hello! Hola! My name is Krista Gates. I have a been a teacher with Regina Public Schools for the past 13 years. I teach high school French Immersion Language Arts 9 & Spanish 10, 20 & 30. I am passionate about student engagement, languages, educational technology and travel. I am a proud mom to Madison and Connor. I am currently working on my third Master's at the University of Regina. B.Ed., M.Ed. MC.